Our Mission and History

Our Mission at the Peoria District Dental Society is to encourage the improvement of the dental health of the public, to promote the art and science of dentistry, and to represent the members of the Peoria District Dental Society through communication, education, action and to establish camaraderie with our colleagues and among our allied dental personnel. 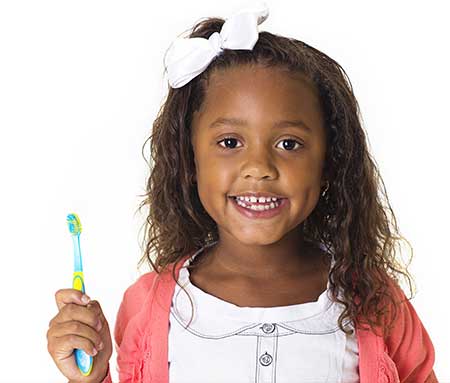 Before the formation of a formal Dental Society for the Peoria District, there were some remarkable men who represented the profession. Among them was Edward B. Call of Peoria. Dr. Call was born in West Moreland County, PA. in 1831. He began dental practice in 1857 as his life’s work, practicing by day, studying and experimenting by night. For meritorious work in the profession, he was granted the Honorary Degree, D.D.S. by the Chicago College of Dental Surgery, in 1885. Dr. Call perfected the seamless gold crown. In 1881, before the Illinois State Dental Society at Rock Island, Dr. Call stamped the first seamless gold crown. He retired from practice in 1893, and died three years later after a long illness.

Another representative of this early era was Dr. Henry H. Fitch of Pekin. Dr. Fitch began dental practice in 1869 and moved from Lee, Massachusetts to Pekin, IL in December 1876. Dr. Fitch served on committees with Dr. G.V. Black. He was said to be possessed of literary attainments of the highest order, and a genial wit.

Another of these early dentists was William A. Johnston, M.D., D.D.S. Dr. Johnson was the youngest graduate in 1881 from the University of Pennsylvania. He was instrumental in the formation of the Peoria Study Club, which later became the Central Illinois Dental Society. This became, in time, a component of the State Society. These are only three men of a time before the formation of the Peoria District Dental Society who we owe a great debt for setting the foundations of the dental profession in our area.

A historical booklet published in connection with the Golden Jubilee Celebration held in Chicago in the month of March 1914 perhaps says it best: “To that group of noble men who organized this Society…to those who by the development of new thought of scientific value, have furthered dental progress; to     all who have in any way contributed to the advancement of the work of this Society, and have thus aided in the uplifting of humanity…” this short history is dedicated. In 1905, the society called the Peoria County Dental Society was formed from Peoria, Mason, eastern half of Fulton and western half of Woodford and Tazewell counties with 43 members recorded. Meetings were held the first Tuesday of January, March, September, and November, and their dues set at $5.00.

By 1909, Stark County was added to the Society’s jurisdiction. By 1920, the Peoria County Dental Society had grown to 87 members. In 1927, in an address to the State Society, Dr. C.N. Johnson of Chicago remarked, “Mr. President, [then Dr. Wm. F. Whalen] for 42 years …I have never been absent from a single opening session [of this Society]. I should like to see a better enthusiasm; a little more sacrifice…A time has come when the members of this association must wake up and do work, not only at the annual session, but between sessions. They are the basis of our success.”

In 1931, the Peoria County Dental Society appears as the Peoria District Dental Society under the presidency of Dr. C.E. Chamberlain of Peoria. The next year, 1932 sees Dr. P.W. Clopper at the helm who has the distinction of having one of the Illinois State Dental Society’s foundations named for him. During the years of World War II, Dr. C.B. Clarno presided as president in 1941, Dr. Wallace Peters in 1942, Dr. A.L. McDonough in 1943, Dr. O.B. Litwiller in 1944, and Dr. J.W. Weidner in 1945 when the membership swelled to 137 members. The total dues paying members of 1950 were 155.

In January of 1997, Dr. Curzio P. “Cooch” Paesani published a history of the Peoria District Dental Society from 1950 to today in our Newsletter, the Informer. In his article Dr. Paesani remarks: “I remember quite well attending my first society meeting and being so warmly welcomed by the members. I was most impressed by the professionalism of those in attendance. It made me proud to become one of them.”

PDDS is blessed with referral options, which provide multi-disciplined approaches to restoration, orthodontics, and oral reconstruction. Who knows what the future will bring? Whatever it may be, PDDS and its members will provide the citizens of Central Illinois with dental services equal to its heritage.